By onyekachi eze
The people of Ideato South Local Government from far and near have given sigh of relief as the honourable member representing them in the state House of Assembly, Hon Ike Amuka has showered them with xmas packages along constituency briefing, held on 13th December, 2013 at the council headquarter, Dikenafai.
Briefing constituents on his stewardship in IMHA, Hon Amuka expressed his unalloyed gratitude to Ideato people and friend. He enumerated his achievements so far in the House ranging from effective security, road constructions in his constituency, scholarship packages to Ideato sons and daughters in the tertiary education, stressing that the nation known before has definitely changed to an enviable local government towards his endeavour to bring the true dividends of Imo Rescue Mission in the area.
Hon Amuka further disclosed that the contractors handling the roads should go back to sites as their funds have been remitted. Hon Amuka assessed that within the 2 years as a lawmaker, he has brought the government down to the mainstream of power and democracy. He reiterated that he has contributed a lot in the house especially the bill chaired and sponsored by him which states a law to boycott the entrance of Lorries and trailers in the capital city, Owerri after 6.00 am till 10.00pm for the avoidance of traffic and other related bad occurrences.
Speaking further, he stated that he didn’t come to give empowerments but to show his unalloyed gratitude to them for their supports and votes during the 2011 election which voted in the right representative.
Contributing, Chief Marcel Nwosu stated that what Hon Amuka did was a clear sign of steadfastness, accountability and effective representation in the IMHA. Chief Marcel further highlighted that the present administration led by Governor Rochas Okorocha is truly divine intervention by God sent to rescue the Imolites in the hands of bad leadership and enjoined representatives in all sectors of the government to emulate from the leadership qualities of “Oshimiri”.
Some dignitaries at the occasion include, Her Excellency, Nneoma Nkechi Okorocha, Prince Marshal Okaforanyanwu, Rt Hon Benjamin Uwajumogu, Comrade Kenneth Emelu, HRH Eze Barr Festus Ndubuzor Odoemenam, Hon Uche Nwosu, Hon. Okwara Elisius among other dignitaries commended Hon Amuka. 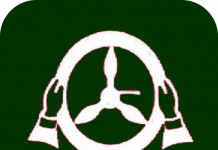 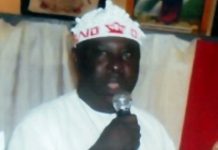