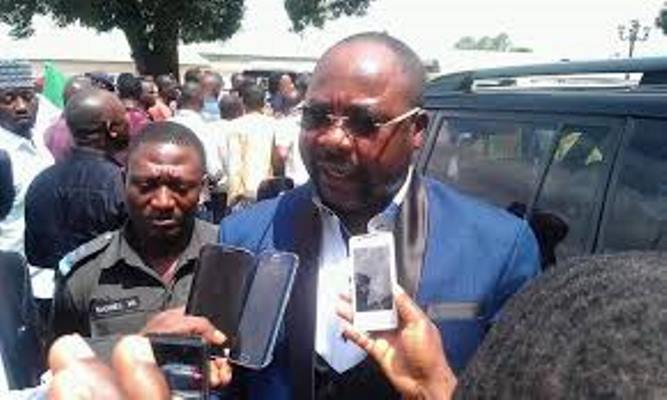 Tunji Adedeji
The Federal House of Representatives lawmaker representing Ideato North and South Federal Constituency of Imo State, Dr. Paschal Obi, has publicly backed the Governor of Imo State, Senator Hope Uzodinma to rule the state till 2027, saying he belongs to no one but every structures in APC.
Hon Obi who stated this at the council headquarters Urualla over the weekend during a victory party organized for Governor Hope Uzodinma and himself by members of All Progressives Congress in Ideato North/ South Federal constituency emphasized that Governor Uzodinma will remain the governor of Imo state till 2027.
Obi who was the former principal secretary to ex-Governor Rochas Okorocha said he would continue to contribute in making laws that will impact positively on the lives and welfare of the people, enjoining sacked Emeka Ihedioha to wait till 2027 to contest again for the governorship of the state.
According to Obi,”the outcome of the review would be as good as no review. While I am not preempting the review of the Supreme Court, I have told my people of Ideato Nation that the outcome of the review will be as good as no review.”
The lawmaker who is the Chairman, House Committee on Health Institutions who seized the platform to react on why he returned to his party APC said,” I did not leave the party; what happened is that the national leadership of the party had decided to give a return ticket to the seating representative and I had to use the Action Alliance platform to actualize my political objective because the people of Ideato wanted me to represent them and as a result they voted for me.”
He further emphasise that as a true leader of Ideato Nation, the outcome of the review and the victory of 14th January is irrevocable and no razor shall touch it. ”
Dr Obi seized the platform to thank the Speaker of the House of Representatives, Femi Gbajabiamila for finding him worthy to head the committee that oversees more than 96 hospitals irrespective of his party affiliation.
“I was inaugurated as a house member under the platform of Action Alliance (AA) in spite of that the Speaker saw the stuff I am made up of then appointed me the chairman of the committee on Health Institutions irrespective of my party affiliation.”
Obi, who decamped from AA to APC last week, said he had returned back to his original party after the decision of the NWC to return all ranking members of APC to the House thereby denying him the ticket he won under the platform of the APC.
Speaking also, the chairman of the occasion, Deacon Ideato C Okoli appealed to the House of Reps member to assist the federal constituency used to be the base of more than 27 industries but relocated to Nnewi, Anambra State due to lack of enabling environment to regain Its lost glory.