The Imo State Government on Wednesday disclosed that it has established the Imo State Petroleum Development Company (ISPDC), as part of measures to make the state play meaningfully in the Oil and Gas Sector.

The Special Adviser to the Governor and Cordinator Oil and Gas, Rt. Hon. Goodluck Nanah Opiah, disclosed this while fielding questions from journalists in Owerri, assuring that the establishment would lead to massive job creation for the teaming population of youths in the state.

Opiah said that the Imo
Imo State Petroluem Development Company  was established about 20 years as a major player in the Oil Gas sector for the state, noting that Governor Hope has increased the share capital of the company  to 10billion shares.

He added the oil producing company partnered with Oak Company, a company based in the United States of America, for the establishment of a refinery in Ohaji/Egbema Local Government Area during the Ikedi Ohakim. He noted that the deal could not sail through partly because of the restiveness in the Niger Delta region which forced the US Government to place travel restrictions on the states in the Niger Delta, which also led the Oak Company to pull out of the deal.

He noted that the oil companies had not lived up to their responsibilities to the communities as they have not been able to gainfully employ members of the oil producing communities, even as he lamented that before now Imo State lagged behind in the Oil and Gas politics, assuring that the situation is drastically changing for good with the emergence of Governor Hope Uzodimma.

The Coordinator for Oil and Gas also assured that the Governor was making efforts to ensure that the obstacles are surmounted and all the oil companies operating in the state gets an office in the state. 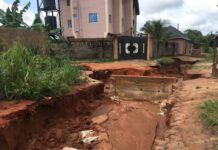 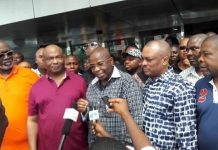