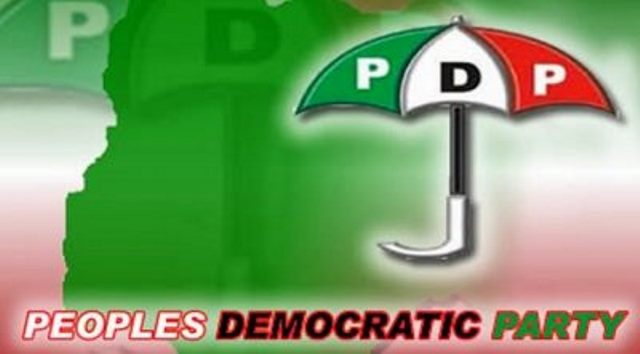 The Peoples Democratic Party, PDP, Imo State, on Tuesday elected  Twenty Seven, 27 National Delegates from the State for its May 29th National Convention that will produce  the Presidential Candidate of the Party; without the input of the 3 Man  Adhoc Delegates of the party.

According to our Reporters who covered the event, the exercise was carried out across the 27 Local Government Areas in Imo State, but the 3-Man Adhoc Delegates whose election is under litigation could not participate in the congress as voters.

Trumpeta was informed that the officials of Department of State Security Service, DSS and Independent National Electoral Commission INEC, participated as observers to authentic the congress across the State.

While others held in Local Government Areas, those of Orlu zone, and some Areas in Okigwe were held in the State capital, Owerri because of security reasons.

Information across the State has it that the exercise went well, as Statutory Delegates queued up behind their preferred Aspirants in an open ballot system as the Delegates emerged to represent their LGAs in Abuja Convention.

Sources said the Imo PDP was careful and cautious by not involving the 3-Man Adhoc Delegates on the Tuesday exercise, as no one knows what will be the final judgment in the case before court challenging the list of the 3-Man Delegates. The party fearing the Rivers, and Zamfara scenario, where the opposition APC could not file Aspirants in the 2019 elections following a Court judgment.