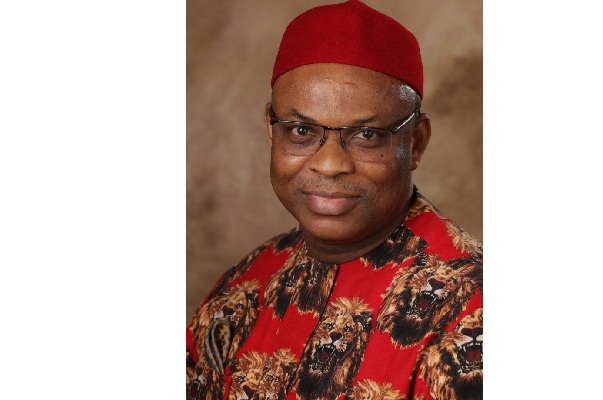 The All Progressives Congress APC, Owerri Zone Senatorial candidate, Prince Alex Mbata has assured his willingness to give his Constituents “Jara” empowerment and desired representation when elected into the red chambers.

Speaking in Owerri, the  successful business captain noted that he is in the race to help make Owerri Zone and to a large extent Imo State better adding that with government fund he can do all he has in stock for them.

“My empowerment programs are very outstanding for all to see but am in the race because my wealth may not be able to do all I have in mind to do for my people but when I get elected, with government funds I can afford to all I want to do for them.

“My campaign for Owerri Zone Senate will be issue based and on my antecedents. I am a capacity and capacity should be a product that attracts acceptance.

“With my personal fund I did the road in my estate here in New Owerri worth about N180m without refund and I equally did a 4.8 klm road in my Community without also asking for refund.

“I have spent over N500m empowering my people and because I did so much with my personal funds it would be easy for me to use government funds to make Imo and my Constituents better.

“When I get elected into the Senate and find out that what I promised to do, that there is no fund for that, I will use my personal fund to do it for my people but we must tell the people the truth because the legislature is not the executive”, Mbata noted.

Reiterating his support for Governor Hope Uzodinma, Prince Mbata said he has never been attracted to politics but because Sen Uzodinma has shown capacity to do good things with public funds especially in construction of roads like the Owerri to Orlu  and the Owerri to Okigwe roads as well as flagging -off two other very important roads which are Federal roads that other governments in the past couldn’t do, he urged the media and Imolites to support the 3R administration of Gov Uzodinma so he do much more.

The Obube Community in Owerri North LGA born business tycoon while commending the media for the outstanding job they do in the society also charged them to always cross check their facts before going to the press expressing dismay to why he was blackmailed with false publications by few media houses about his indictment in a white paper on IMSU.

He added that the person who was erroneously used to perpetrate the evil act has since written an apology letter to him and that he and his campaign team has since forgiven them.

In his contribution, the Prince Alex Mbata PAM, Campaign Team’s Director General DG, Rt Hon Dikeocha explained that he is supporting Prince Mbata because he wants to change the narrative when elected pointing out that with what he has achieved so far in the private industry they is no doubt in his mind he possesses the capacity to deliver.