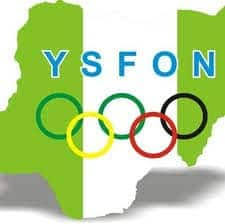 The 2022 edition of the annual YSFON Owerri Mock-Champions League will make a huge return, organizers of the tournament has disclosed.

Rising from it’s meeting on Thursday, the Chairman of LOC, Mr Journey Opara “Johny BeGood” told Trumpeta sports desk that this year’s edition will come with a bang.

According to the seasoned contractor who delights in developing the youths through sports at the grassroots, the competition which is billed to commence on October this year’s will see winners of this year’s edition smiling home with a mouth watering sum of N250,000, while the second placed team goes home with the sum of N100,000 among many other individual prizes for most valuable player of the tournament, top scorer, fair play team and certificates for all participating teams.

He disclosed that registration for this year’s competition is N50,000 that wi come with a replica jersey of the European clubs that play in the Euefa champions league.

While urging interested teams to contact the Organizing Committee secretary, Hon Chuka Eregbu for registration, Johny BeGood said the competition apart from availing NPFL and NNL u s the opportunity to identify talents ahead the upcoming season that it would equally afford talented Players opportunity to be scouted by scouts who are partnering YSFON for the tournament as well as help to curb youths restiveness in the society.

He further noted that YSFON intends partnering Heartland FC and private organizations as well as spirited individuals to ensure that this year’s edition is a bang.