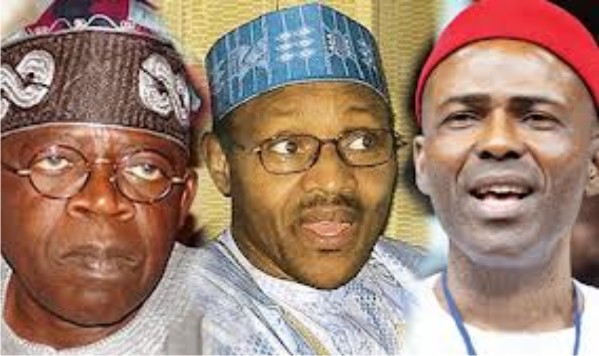 Okorocha had convened the meeting in his capacity as zonal co-ordinator of the newly formed party in the south – East geo-political zone.

Weekend Trumpeta gathered that the three party chairmen of the merged parties in the state such as Dr. Orikeze Vitalis Ajumbe (ANPP), and Chris Uba (ACN) stayed away for what a source described as “serious and unclear political reasons”

Ajumbe, who spoke to Imo Trumpeta, said at the moment while measures are in place to ensure the take off of the mega party in the state, they can only obey and take instructions from the national leadership of the ANPP, pending the take-off of the APC. When contacted, the Imo State Secretary of the ACN, Chris Oguoma, said he was out of the state as at the period the meeting was convened. However, this Newspaper reliably learnt that Imo ACN Chairman, Chris Uba did not attend the meeting as well. No reason was tendered for his absence, but a source hinted that it may be in line with a directive from the National headquarters of ACN. In a related development, as the various political big wigs and stakeholders of the newly-formed All for progressive Congress, APC begin ground work for the formation of the party at the ward, Local Government and state levels, same cannot be said of Imo State where seeming political rivalry between the state Governor, Owelle Rochas Okorocha and the former governor of the state, chief Achike Udenwa has stagnated discussions.

Meanwhile, Imo Trumpeta learnt that Owelle Okorocha, in his capacity as the arrow head of APC in Imo State, has began appointing those to pilot the affairs of the party in the state.

Imo Trumpeta was reliably informed that the governor has penciled down Bar Mrs Ugochi Nnanna Okoro as the protem state chairman of APC in Imo.

Nnanna Okoro is the Commissioner for Community Government Imo State.

It was also learnt that Dr Lady Ada Mere is the Woman Leader of the party, while ward, and LG Coordinators have been secretly appointed.

However, following the latest development within Imo APC, other stakeholders are kicking against Okorocha’s plot to corner the party, without informing them.

This situation is brewing a civil war within the APCA as Okorocha is accused of fanning ember of discord so early in the life of APC due to his selfish plots.