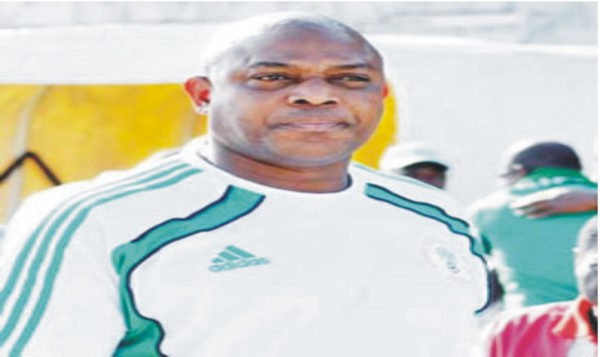 World Cup Hopes Of EPL’s Super Eagles,
Peter Odemwingie The potential presence of Peter Odemwingie in the Nigeria squad this summer is less a question of one player, more a subplot in a key narrative that may well shape Stephen Keshi’s 2014.
Odemwingie, along with the likes of Joseph Yobo, Obafemi Martins and Taye Taiwo (all formerly of the Premier League), has largely been overlooked by the Big Boss in recent times. However, as the specter of the World Cup draws closer, Keshi might be tempted to bolster his squad with the experience and the quality that these men offer.
The Cardiff City forward has, at times, appeared to be the most-likely recall of the aforementioned players. He has never fallen out of the spotlight and remains a prominent figure in discussions concerning the national side.
However, his form since arriving in South Wales has been patchy. Odemwingie has been largely ineffective as part of Cardiff’s forward line and hasn’t scored since early October. Despite his undoubted qualities, he is currently giving Keshi little reason to take another gamble.
Victor Anichebe At various points in 2013, different media outlets reported that Keshi was keen to take another look at Victor Anichebe and see whether the former-Everton striker could be a good fit within the current Nigeria set-up. Despite this, no call has been forthcoming.
Since arriving at West Bromwich Albion, ‘Big Vic’ has struggled to assert himself within a struggling side. He has scored once but has failed to become a key member of the first XI and, crucially, has not replaced the contribution that Romelu Lukaku made last term.
Injuriesthe bane of Anichebe’s early careerhave also played their part in his struggles and it appears that Keshi may now be set on looking elsewhere for his presence up front.
Shola Ameobi Shola Ameobi clearly hasn’t forced his way into the Nigeria set-up because of his goal threat. The striker, who has spent his entire career at Newcastle, has never been a prolific contributor. Indeed, in 300 appearances for the Magpies, he has scored just over 50 goalsa strike rate of one in six. Despite this, the forward brings a lot to the table. He offers presence and experience up front and is adept at bringing others into play.
He seems to be a favorite of Keshi as well. Ignoring the confusion and controversies that prevented him from featuring at the Cup of Nations, Ameobi has regained the manager’s faith through some fine recent showings for the Super Eagles, not least in the recent friendly against Italy at Craven Cottage. The Nigerian Geordie should expect to travel to Brazil.

Shell Cup 2014: Imo Set To Unleash Another Iheanachor, Nwakali
As the 2014 State finals of the All Nigeria Secondary Schools Football Championship known as the NNPC/SHELL Cup gathers momentum, the Imo State is set to produce yet another set of players that will follow in the footsteps of Kelechi Iheanacho and Chidiebere Nwakali.
Trumpeta sports desk gathered that this year’s edition will no doubt be an eventful one as it has the potential of producing another set of talented kids that will follow in the footsteps of Iheanacho and Nwakali who both played in the final of 2011 edition that Imo State won for the second successive time.
It would be recalled that Nwakali and Iheanacho went on to do Imo and Nigeria proud by winning record fourth FIFA U-17 World Cup in UAE 2013 and have equally both signed for mega rich Manchester City in England for a professional stint.
The annual grassroots football showpiece in its 16th edition that has seen to the discovery of exceptional talents who have done the nation proud will have its State finals played across the nation between February 13 and 14.
The Zonal preliminaries are due to hold in nine centers namely Yenagoa, Osogbo, Benin City, Lokoja, Jalingo, Ilorin, Katsina, Enugu, and Akure from February 25 to March 1 while the quarter finals will hold in four centers, Port Harcourt, Shagamu, Minna and Kaduna from March 12 to 15.
The Semifinals are billed to hold in Lagos on May 2 while the final and losers matches hold also in Lagos on May 24 as a total prize money of N8 million has been set aside for the winners with a large chunk of N3.5million to the champions while the first and second runners up take home N2 million and N1 million respectively.
In addition, Shell communication production service manager, Peter Ademu-Eteh said this year’s Shell Cup has a new package that will reward 10 best products of the championship with scholarship up to the university level.