Amid growing opposition to the zoning of Imo Governorship position to an Owerri zone indigene, Chief Jude Opara, a political stalwart in the state on Saturday said he is prepared to fight with his last drop of blood to protect the sanctity of zoning ahead 2019 general election in Imo State.

Chief .Opara who made this vow while fielding questions from journalists in Owerri recently pointed out that he is determined   to sacrifice his all to ensure that Owerri zone produces the next Imo Governor.

“I strongly think this agitation from the people of Owerri is only normal and it will be politically wise for  every political party in Imo  to listen to this voice of reasoning , so that winning the election can  be easier”, he said

According to the vibrant leadership expert fondly called Shapume by friends, “I’m ready to sacrifice my life if need be for this course and I believe that any Orlu indigene aspiring to run for this position must be subjected to a mental check for it is callous and absurd for any Orlu man after 16years and Okigwe man after 9years to even think of contesting for the exalted position of the number one citizen in Imo State.”

Opara raised eyebrows over what he described as the season of arranged endorsement, stressing that Owerri zone youths will never tolerate any aspirant or candidate from Owerri Senatorial District planted by others aspirants from other zones to cause disaffection or play a spoiler game against the collective interest and wishes of Owerri peoples.

Opara pointed out that the issue of zoning the next Governorship position to Owerri Zone was not negotiable and warned that any of the political parties that fail to pick its gubernatorial candidate from the zone will certainly lose the election as only parties that choose their candidates from Owerri zone will get their support.

He also advised Owerri zone aspirants to reach out to other zones of the State and get their support to emerge as candidates of political parties they want to fly their flags.

He continued, “The last time a person from the Owerri zone emerged as a Governor of the State was in 1992 which was twenty- five years ago in the person of late Chief Evans Enwerem who only spent just one year and ten months and anybody who is supporting a candidate from Okigwe or Orlu will not succeed because the people of Orlu and Okigwe already know that it is the turn of Owerri Zone and I want to warn that any of the political parties that fail to pick its gubernatorial candidate from Owerri zone has already failed because they will never get the support of the people of the zone.

“I wish to seize this platform to appeal to the conscience of our brothers from Orlu and Okigwe zone to support any credible candidate from Owerri zone. All parties must domicile all their candidates for the Governorship position with candidates of Owerri zone extraction.

“The message is very simple and clear because it is the turn of Owerri zone to produce the next Governor of the State in 2019 and that is not negotiable. The zone have men and women with the capacity to govern the State and so this idea is ostensibly to drive this message home which is for equity and fairness” he concluded. 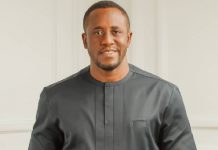