There are strong indications that the 18 lawmakers of 8th House of the Imo State House of Assembly involved in the N400m naira alleged fraud case being investigated by the Economic and Financial Crimes Commission, EFCC have been abandoned by the former governor, Owelle Rochas Okorocha.

About 18 members of the House are undergoing investigations over their alleged involvement for receiving about N22m each from the former Governor during his tenure.

Trumpeta learnt that after letters of invitation have been extended to the affected members, it appears that Okorocha is showing indifferent attitude to the plight of the lawmakers who were part of his political machinery in the past.

This newspaper was reliably informed that following the zero interest showed by Okorocha, the lawmakers are on their own are making efforts to close the matter with EFCC.

It was discovered that one of the members deeply involved in the matter has been mandated by others to stand in for them for settlement with EFCC. 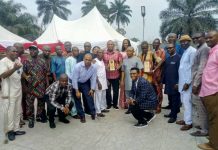 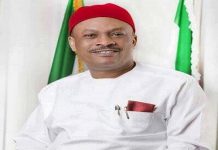