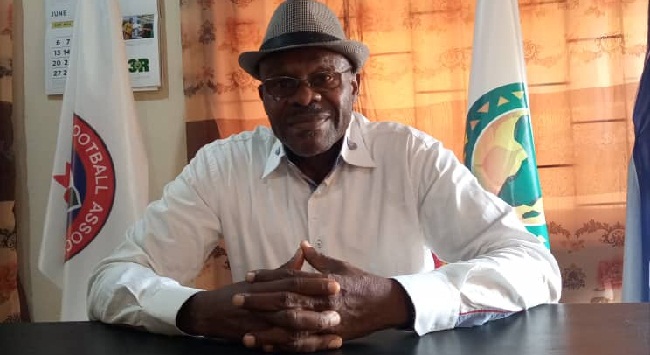 Chairman of the Imo Football Association, Mazi Amanze Uchegbulam has commended the Under-15 female team for winning silver in the just concluded National Youth Games.

The Imo Under-15 team ranked second in the football category in the Youth game just concluded in Kwara State.

Other games at the tournament were Basketball, judo, athletics, karate, badminton, and handball.

Uchegbulam made the disclosure when he received the team leader, Hon Clifford Oparaugo who came to brief him on the outing.

He expressed hopes that someday, the Under-15 female football team will evolve into the Heartland Queens football club, saying they will do the state proud.

Further, the CAF Instructor commended the state government for sponsorship of the state continent to the youth game.

The Imo team which was the best from the south east zone struggled to clinch the second place position in the keenly contested tournament.

The Youth Games had the 36 states and Abuja contigents who all battled for the first prize held from October 14th to 20th in Kwara state.

Earlier, the team leader, Hon Clifford Oparaugo said the girls worked hard to earn the feat even as he maintained that they made sacrifices on their part.

According to him, the girls made so much sacrifice coupled with their academics even as he commended the coaching team for their efforts to build a formidable team.

The Youth Games hold every two years and brings together all the Under-15 teams of the 36 states including Abuja.