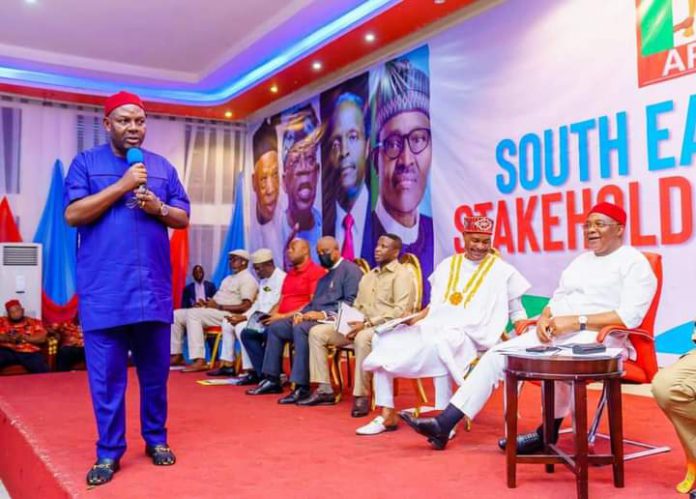 Minister of State for Education Rt Hon Goodluck Nanah Opiah has urged party members especially those of the south East states to tune up ahead the coming general elections.

Speaking during the APC South East Stakeholders meeting at Rockview Hotel in Owerri, Imo State, the new minister said that in view of the coming 2023 polls, the party from ward, LGA, state and South East zone needs to work closely for maximum results.

While congratulating the candidates of the party who emerged victorious  from the primaries ahead 2023, Opiah noted that the task now relies on the members to deliver during the elections.

The minister who disclosed that the administration of  President Muhamadu Buhari is doing well to better the lives of people opined that APC should not only regain previous elective positions but must go further to get more in order to show it has become the party of the South East people.

Opiah used the opportunity to express happiness with the efforts of the Imo State Governor, Senator Hope Uzodimma for his efforts at not just ensuring unity of the party members in the zone but also connecting Ndigbo to the national grid of politics so that they won’t be left behind.

He urged the South East APC leaders and members to go back to the grassroots in order to reawaken public likeness for the ruling party.

Stakeholders of the party from the five South East states grace the event where crucial matters affecting APC were discussed.