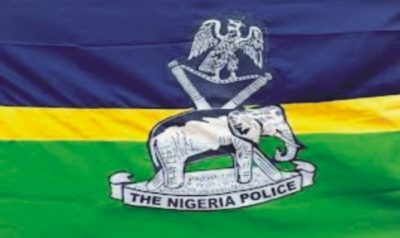 On the 14/11/19 at Ogbefu market  square, operatives of the special anti robbery squad SARS Acting on credible intelligence based on information received through a written petition by the family of Late Iheanacho Okorie aka Otika ‘M’, arrested:
1. Nneji Onumajulu ‘m’ 29yrs
2. Obioma Abua ,25yrs
The however confessed that they chased the deceased on a motorcycle, and on getting to the market square, they shot him o close range, unsatisfied with the, they used knife and stab him severally to ensure he never survives the attack.
Moreover investigation is still in progress while effort is on to arrest the fleeing suspect
You have the video. However, at Agwa there was a strong drive to collect revenue in d community by their Eze. In that period there was a cult war and the deceased was perceived as obstacle. The arrested suspects and those at large on 14/12/2019 murdered him in his cold blood. The case was being handled by Sciid Owerri. On tip-off intelligence, SARS was able to arrest the suspects, hence SCIID transferred the case file to us for consolidation of investigation. As fate would have it, the suspects confessed to the crime.