The issues surrounding the March 9, 2019 Imo Governorship election is yet to be finally settled as the matter has reached the Supreme Court Abuja for further review.
Report reaching this Newspaper from Abuja has it that the Governorship candidate of the Peoples Democratic Party  PDP in the contentious election, the Governor of Imo State until two weeks ago, Rt Hon Emeka Ihedioha has submitted a Thirty Four (34) page affidavit of petition asking the Supreme Court to revisit its judgment of January 14, 2020, which declared the Governorship candidate of All Progressive Congress, APC,  Senator Hope Uzodinma as the authentic winner, who now seats as the incumbent Governor of Imo State.
Supreme Court sources disclosed that in order to finally bury the Imo Governorship imbroglio and make sure that Justice is seen to have been done and accepted by all the aggrieved parties, the Seventeen member judges of the Supreme Court will seat on the Review panel, including some Delegates from some International Communities who wish to be observers in the “Review Settlement”.
The PDP/Ihedioha petition is handled by a team of fifteen Senior Advocates of Nigeria (SAN) who painstakingly pinpointed out the gray areas from the January 14, 2020 judgment, which has elicited various demonstrations across the country and overseas.
Trumpeta learnt that the date of the Review, which may not last more than a week, will soon be announced for the parties involved.
“Please don’t quote me, but the PDP/Ihedioha petition has arrived. You know it is not a motion but a Petition asking for a review of a judgment.
Even though this is rare here, but the crisis that judgment has generated across the globe necessitated this and it must be finally settled for the Judiciary, Supreme Court, Executive and Nigeria in general to have peace” a top source at the court told Trumpeta.
Asked if a date has been fixed for the Review, the source said the Petition just “arrived” and must go through the official processes before it would be ready for “treatment”.
However, a member of the Ihedioha Legal Team who spoke to Trumpeta said he was not aware of the submission of the Petition, adding that he will reach us later.
Meanwhile, a reliable source told us that all the Seventeen Judges of the Supreme Court will participate in  the Review judgment, with exception of  the Justice of the Federation whom PDP said the do not want in the Panel.
Trumpeta also learnt that some other Judges may voluntarily opt out from the Panel, while APC may also finger those they want, which makes the real number of judges to handle the matter suspect until the D- day.
“As you know PDP petitioned against some judges sitting on the Panel. And APC may also do likewise. While some of them may on their own decide not to participate. So, it is quite difficult now to say the actual number of judges that will sit on the panel” Trumpeta was told.
However, some foreign countries like United Kingdom, Unites States of America USA, Belgium, Austria, Isreal, and some African countries like Ghana, Benin etc are said to be ready to send Delegations to witness the epic legal Review.
The United Nations, Advocate Groups and Interested Non Governmental Organizations NGOs are also billed to witness the matter.
It would be recalled that the PDP attracted the attention of the global family to the Imo State political logjam when its leaders protested to the Embassy of USA, UK and United Nations where they submitted petitions begging the world to look into the Imo State Governorship crisis.
It would be recalled that on January 14,2020, a seven man Judicial Panel of the Supreme Court declared that Senator Hope Uzodinma of the APC be sworn-in as the Governor of Imo State because he won the March 9, 2020 Imo Governorship election.
Before then Hon Emeka Ihedioha, the candidate of PDP had been sworn-in on May 29, 2019 as the duly elected Governor of Imo State after INEC declared him winner of the exercise.
The matter which went through the Tribunal and Appeal Court was quashed by the Supreme Court by giving the APC candidate 388 Polling Units which he said he won but was not added for him.
Since then, Imo State has been rocked by crisis as demonstrations by different groups take place every now and then in the State causing uncertainty.
However, a majority of Imo people interviewed said that they want a review of the matter, as it is the only solution to  end the crisis bedeviling Imo State because  as the populace lives in confusion and don’t know what may happen next.
“For the first time in the history of Imo State demonstrations and protests are taking place every day and the people are now confused and living in uncertainty. Is that how Imo will develop? Dr Wilson Nwachukwu asked Trumpeta. 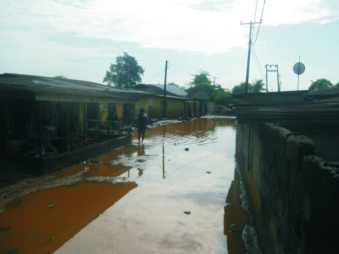 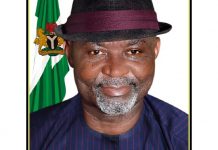