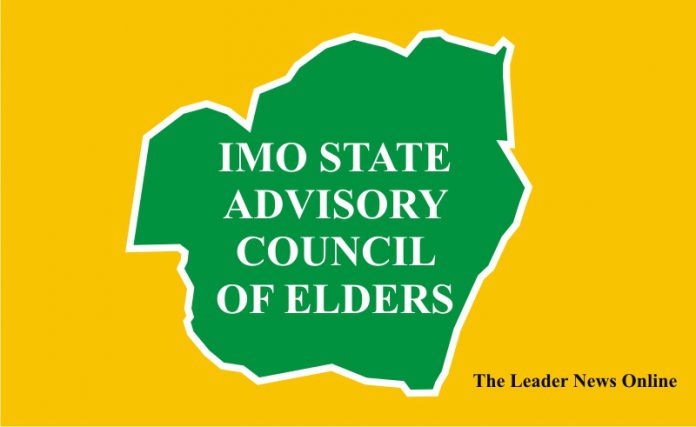 A political Pressure Group by name, Imo State Elders Council has urged all Imo people to give their support to the administration of Governor Hope Uzodinma, as they reassured that Uzodinma will deliver the goods to the people.
In a press conference at Concorde Hotel Owerri, the chairman of the Council Dr EJK Onyewuchi said the Group was sure that Uzodinma will be a big difference to the former Governor of Imo State, Owelle Rochas Okorocha.
He said his Group fought Okorocha from foisting his son inlaw, Uche Nwosu, as his successor, which he said led the Group to visit Senator Uzodinma to rather run for Governorship seat than Senate.
“It was on this premise that the Elders instituted a concerted search in the three Senatorial zones for a credible candidate whose emergence will stop Okorocha from enslaving Imo people” Onyewuchi said.
He warned that from hence forth any Imolite who addresses Senator Hope Uzodinma as “Supreme Court” Governor must be ready to face the wrath of the Elders Council.
The chairman of Imo State Elders Council disclosed that Uzodinma was the prefered candidate of Imo voters, but only went to the Supreme Court to retrieve his mandate.
“Imolites overwhelmingly voted for Senator Hope Uzodinma as their preferred candidate for the exalted office of Governor on March 9, 2019 Governorship election” he said.
He submitted that members of the Council owe no apologies to anybody for Uzodinma’s emergence as Imo State Governor, adding the Council supports his “Recovery, Rehabilitation and Reconstruction” mantra.
The Elders said that Uzodinma has the “ability and courage to inspire Imo people, fully understands his position as a servant-Leader, eloquence with honesty, not vain-glorious and does not pursue personal privileges”.