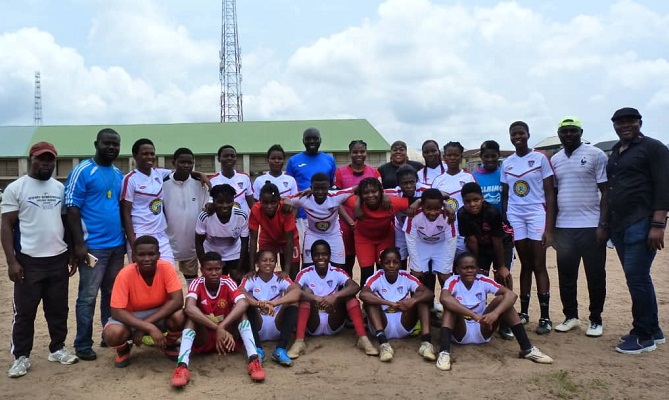 With the commencement of the 2021/21 season in sight, Imo Angels FC of Owerri has been engaging their players in high profile matches to put them in good shape.
One of such encounters is the all important friendly against former NWFL Champions, Delta Queens today at Government College Sports Arena along Okigwe road, Owerri by 3pm.
A statement released by the club’s media on the very interesting clash, Coach of the fast rising female side, Sunny Okafor said although the sit-at-home order has disrupted his training plans for his girls but that they are delighted and determined to continue to engage the players with such tough games which according to him enables them to get better.
He described Delta Queens as a very formidable force to reckon with in the nations female league considering their achievement and quality of players at their disposal but added that his girls will be ready to give a good account of themselves in any encounter.