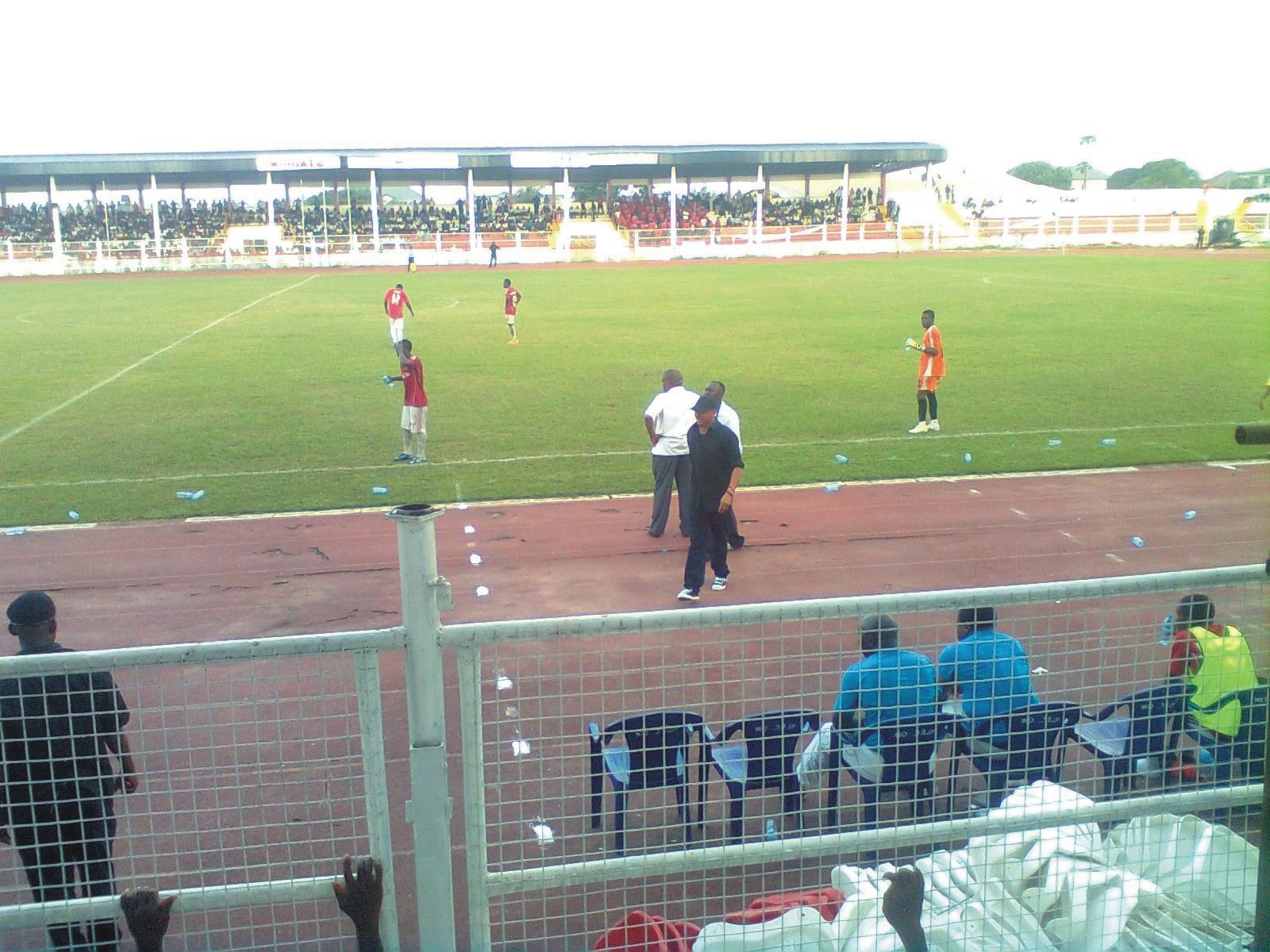 Heartland football club of Owerri on Sunday the 20th of May regained the confidence of its die hard fans with a resounding two nil victory over hard fighting Lobi stars of Markurdi.

It would be recalled that after the Naze millionaires got cheated out of the CAF Confederation Cup at Dolisie, Congo, last weekend, the team so much fatigue, struggled to beat Jigawa stars on Thursday which did not go down well with some of their fans.

The Naze millionaires edged the coach John Zaki tutored side 2 – 0 with goals coming from strikers, Brendan Ogbu in the 60th minute and Kabiri Umarconverting a penalty in the 85th minute.

The victory takes Heartland points haul to 34 with four matches at hand.

Heartland will tackle Kano Pillars in a week 28 match on Wednesday in Owerri and if victory is secured, the team will be nearing the top of the table with 37 points.

Coach Ramson Madu who spoke to the press after the game thanked their fans for understanding with them and urged them to continue supporting them as the technical crew is working on ways of taking the team back to the top as their game today revealed.

“It was a very tough game and balanced, too, Lobi played the first half while we took charge of the second half and I’m happy we’re able to net two goals” Madu said.

Meanwhile, Zaki blamed his sides defeat to careless mistakes deep into the game.

“We played well and could have left Owerri with a decent result, but it’s one of those things you see in our league,” he said.

However, the media officer of Lobi Mr. Atom Tekula praised the officials for given them a good game and praised the two sides for also showing a great game as the better side won.

In other Nigerian Premier League matches played elsewhere, Rangers the league leaders walloped Rising Stars by 3 – 1 in Enugu to go 46 points on top of the league.

The surprising result of the week 27 matches was the 3 – 3 score line at Ijebuode as Sunshine were held at home by Jigawa stars.

Warri wolves and Wikki Tourist of Bauchi were both held to 0 – 0 draw at home by Ocean Boys and Niger Tornadoes respectively.