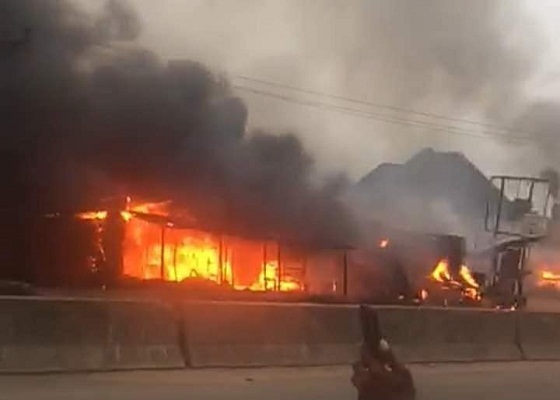 The recent warfare between uniform men of the Nigerian Army and host communities of Awo Omamma in Oru East Council Area of Imo State may have created fresh fear for the State Government.

When the State Government was about overcoming the last mayhem that occurred at Izombe, a part in Oguta LGA, this one set in.

It was fire on the mountain at the early hours of Monday when army and youths of the community clashed.

Trumpeta Newspaper gathered that the youths were allegedly enforcing the Monday sit-at-home in the area, when military men intercepted them.

Along the line, one army officer was purportedly killed which infuriated others to regroup and lay siege on Awo Omamma community.

Although The State Government, represented by the Chief Of Staff, Barr. Nnamdi Anyaehie was there on Tuesday to ascertain the level of destruction, feelers are rife that the Government is worried over the development.

Statement from the Government House, Owerri revealed that not only that the Government is unsettled by the increasing state of unrest in the State, ways to combating the insecurity challenges is worrisome.

Preliminary investigation revealed unprincipled practice from both the villagers and the Military personnel. While the incident remains regrettable and condemnable, the Governor has called for calmness as the root cause of the incident is being unraveled.

The Governor was quoted to have ordered for an immediate investigation into the incident, promising to ameliorate the loss as recorded by the community.

“While acknowledging the contributions of our security agencies in the fight against insurgency in the region, the Government would appreciate professional conduct from the Military in this regard and as well, expect the communities to work with security agencies in flushing out criminal elements within their residence”.

For residents of Imo State, they believe that it has become one week, one trouble since the event of the unknown gunmen resumed.

The mayhem at Oru East, the Governor’s hometown has called for serious concern, as to when normalcy would return.