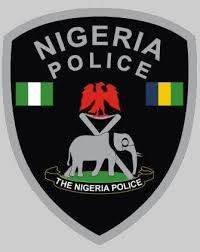 Prayers and faith in the Lord was what saved a middle aged woman who was kidnapped at the early hours of Wednesday in Ibiasoegbe, Oru West local government area of Imo State.

Briefing newsmen at, Imo Police command headquarters Owerri Thursday, the Police Commissioner Dasuki Galadanchi disclosed that after the killing of the APC chairman in Ideato North the police had resolved to re-strategise and the evidence of the new strategy has yielded positive result in the arrest of notorious kidnappers who has been terrorizing Oru West.

“This is an evidence of community policing and the beginning of new era, innovation and learning is now taking place after the killing of APC chairman in Ideato North”, CP said.

Speaking further he declared that the police command is on top of the situation and has embarked on zero tolerance.

Narrating her ordeal in the hands of her aductors, the middle aged woman, Mrs Evan Ajaps of Amadagba Ibiasoegbe in Oru West LGA of Imo State said she was trailed by the hoodlums as she was about entering her gate, adding that, she saw unidentified men and was scared of their appearance.

She narrated how the men followed her into her compound, and when she was about raise alarm, they force fully hounded her into their waiting vehicle and zoomed off “they entered many villages, while inside the vehicle, I pray and called my God to save me and he answered my prayers”, the woman revealed.

It was gathered that the vehicle stopped in the middle of the road and as the villagers who had earlier given the alleged criminals a hot chase came closer, and they abandoned the vehicle and ran inside the bush.

Unfortunately for them, the youths in that place noticed their hideout and eventually caught them and handed them over to police who commenced investigation to arrest other gang members.

The ring leader of the alleged kidnappers confessed that they got information that the woman had enough cash from her business. According to the suspect, the aim of coming to Mrs Evans house was to collect the money from her and not to kidnap her. He maintained that they took her away because she refused to comply to their demand.

In a related development the police release also disclosed that investigations are still ongoing concerning the shocking murder of the APC chairman in Ideato North LGA Sunday Ijeagwu and the kidnap of the Personal Assistance to Hon. Jerry Alagboso of Orsu LGA, the police command reorganized and restrategised the security architecture to effect the arrest of the perpetrators of the dastardly act.

Trumpeta gathered that the efforts of the command operatives has continued to yield positive result. “We have now embarked on zero tolerance to wipe out criminals”, police submitted.