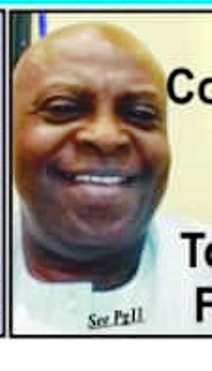 .
By Nkama Chioma.
In a bid to ease the tension in the minds of Imolites as regards to road construction and rehabilitation in the state, the Imo State Commissioner for works Barr. Ralph Nwosu has embarked on an inspection /facility tour on some roads in Owerri.
The roads visited were Nekede -Ihiagwa Road which is being handled by China Harbour Construction Company, Akachi Road by Shannid construction company, Dick Tiger  by Leo 9 Asphalt and Construction Nigeria Ltd and  Chukwuma Nwoha Road by Crism Construction Company.
Other roads visited were MCC Road which is being handled by Iron Ox Construction Company, Aladinma by shopping mall down to Aladinma mortuary by Frank and Gene Construction Company, Mbonu Ojike Street by Marcon Engineering Limited and World Bank Road with the site Engineer as Engr. Uche Onuoha.
Trumpeta gathered that out of all the roads visited, the only one that did not go down well with the commissioner was that of Nekede-Ihiagwa Road.He frowned at the slow pace of the contractor stating that, that road  is very important in the state being where majority of active members of the society and leaders of tomorrow ply through.
According to him, Nekede-Ihiagwa Road is of utmost importance to the state and ought to be handled properly and on time considering the huge amount of money already expended on the project which he said is the highest in the state so far.
He disclosed further that the project will cost the state about N6 billion with not less than N980M already paid on it.
He stated that his office would communicate with the Governor accordingly on their findings and take appropriate decisions on next line of action.
Speaking further, the commissioner told newsmen that he is happy to say that there are 37 actively and ongoing road projects in the state with their contractors on site; out of which 28 was awarded by the former government which for him is a clear case that the Governor is working.
He went ahead to mention that on resumption of office, they met contracts already awarded by the previous government worth of about N44billion which they paid 15% of the contract sum across board.
Continuing, he maintained that the essence of the tour was for the press to see things for themselves and help the government propagate the good news that the road constructions are moving as expected not abandoned or revoked as was being envisaged by the opposition.
Hon. Nwosu assured that within their 4 years tenure, they would do all within their capacity to leave a legacy that would stand the taste of time adding that the share prosperity of Gov.Uzodinma would leave no stone unturned to ensure that the state gets the best from the present administration.
He emphatically pointed out that standard will not be compromised in the quality of projects  his administration Will implement across the state as they will not fail to lift their hammer on those who may want to show sign of sabotage or unseriousness in their given sites.
Further speaking, he  told the press to always convey the right information and as well,  criticize the government where necessary but  should not fail to applaud them where they get it right for he wants the projects to be commiserate with the resources spent on them.
He concluded by saying that the ‘3R’ Mantra of the Governor of Reconstruction, Rehabilitation and Recovery must be implemented  for the overall benefit of the people.