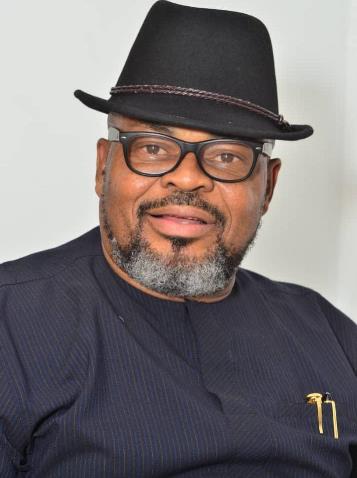 It was all fun and celebration on Sunday as all roads led to the popular Villa Dome event centre located at the heart of  Ikoyi,  Lagos.

The occasion was  the 50th birthday  celebration of an amazon,  Lolo Chinyere Okewulonu,  the wife of Chief Barr.Chris Okewulonu (Ebekuo).

The well planned memorable event took off with a solemn mass celebration  at the Church of Assumption, Falamo Ikoyi.

The officiating Priest, Rev Fr Christopher Atoyebi, during his homily, called on  members of the Christian community to jealously guide  their marriage to avoid the danger that worldliness, individualism and perfectionism pose to marriage.

He warned that marriage as ordained in the beginning, does not permit  divorce hence couple must see themselves as one indivisible whole.

Fr Christopher however, regretted that Christians now see divorce as part of life.

He noted that such belief system caused by too much exposure to  make-believe  home videos, spirit of individualism perfectionism  should be shunned.

While urging the faithful to pray that God should reignite the fire of love in marriage, he named unity and indissolubility as two major elements of marriage.

At the Angellia Villa Dome, venue of the reception, the guests were hilarious as they were treated to both local and foreign dishes with highly priced wine and assorted drinks.

The celebrant, who was visibly elated, thanked God for sustaining her in the last 50 years.

She was full of praise for her husband of 29 years whom she described as her moulder and strong pillar of support.

She said,” for 29 years he has been moulding and reconstructing me. He encouraged me to be the woman I am today”.

Lolo Chinyere Okewulonu did not mince words in extolling the fundamental role of her parents in her life, Chief and Lolo Osita Nwajeri, who were physically present at the occasion.

She appreciated her children for bring a source of joy to her.

In a short speech at the event, Chief Barr. Chris Okewulonu, her husband, described her is “a  loving wife and a blessing to  the family”.

He said that Lolo Chinyere has always being a stabilizing force and instrument of peace and unity.

He prayed for God continuous protection on her.

The South East PDP Ex-Officio and Director General of Ikeoha Campaign Organization, Chief Stan Ekezie (Akajimba), who also lend his voice, said that he has known the Chris Okewulonu family for a long time.

While he congratulated the celebrant  on her 50th birthday, he  wished her  fulfilled life going forward.

The superlative celebration was graced by members of the academia,  captains of industry, political stalwarts across party lines,  business men and women, leaders from Okigwe, Orlu and Owerri Zone, friends and well wishers from far and near. 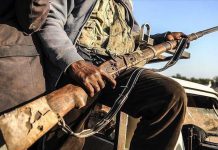